Work and Womanhood in Generation X 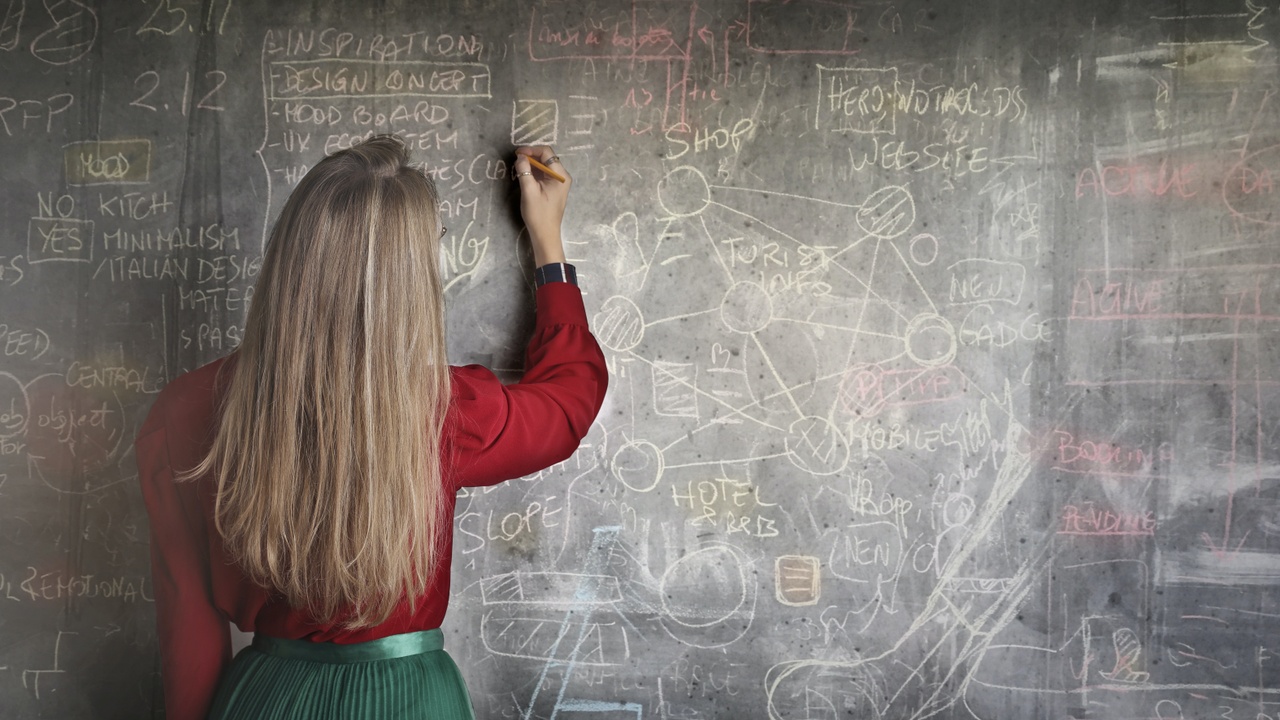 Aside from obtaining a fake ID card to get into downtown bars before I was of legal age, identity wasn’t a word in the lexicon of my Gen X youth. But by my later years of college, I’d read Andrea Dworkin, bell hooks and Our Bodies, Ourselves, and I started identifying as a feminist. Around the same time, Kimberlé Crenshaw coined the concept of intersectionality.

As a white, middle-class Gen X woman, I fell somewhere between June Cleaver and Janis Joplin, between Phyllis Schlafly and Gloria Steinem, between white-only second-wave feminism, and Black and brown-led intersectional inclusion. Women from my generation were subjected to and heavily influenced by a zeitgeist that can be summed up by the iconic earworm propaganda jingle of our childhoods: “I can bring home the bacon, fry it up in the pan and never ever let you forget you’re a man, ‘cuz I’m a woman…”

We were told women could have it all: career, sexuality, and family. But, in truth, "having it all" offered us up to our own oppression.

We were told women could have it all: career, sexuality, and family. But, in truth, “having it all” offered us up (in a pan, like our brain on drugs) to our own oppression. We marched at Take Back the Night rallies, but we still had to watch Anita Hill talk with outsized amounts of dignity about degrading sexual harassment. We boycotted grapes, but Bill Clinton still played his saxophone on stage as he became our next philanderer-in-chief, the signer of NAFTA and the financier of a new decade of mass incarceration.

We graduated college in a recession. Even with the advantage of a degree, I couldn’t find a job washing dishes.

While I worked as a temp, I volunteered for a women’s center, speaking in schools about healthy relationships and the prevention of violence against women. I was mentored by an amazing woman, Moira, who had red matte lipstick that opened into a giant smile when she laughed with students, treating them not like their superior, but like equals.

That volunteer work helped me understand intersectionality better, particularly as a woman reared within what we now name the heteronormative, patriarchal, colonialist, white supremacist U.S. society. But I wanted to be like what I perceived Moira to be — loving and free and clear.

After scrambling because of the recession and meeting a lover whose livelihood depended on being near rivers, I left the city and got a job as a violence-prevention educator for a rural women’s resource center.

In that job, I became increasingly aware of my socio-economic and urban identities. It was a shock to me, for example, that in 1994 kids in that rural county didn’t know MTV. The privileged access to resources I’d had became imminently clear — and this was still years before the internet was mainstream.

In that rural agricultural town, in a dark attic office in an old house turned nonprofit center, I read and was heavily influenced by Paulo Freire’s Pedagogy of the Oppressed. Freire says, “Human existence cannot be silent, nor can it be nourished by false words, but only by true words, with which men and women transform the world.” Freire understood words create our reality.

In my classes, I regularly facilitated an exercise about power. I’d diagram a two-column chart labeled “More Power/Less Power,” and I’d ask students to picture members of our U.S. Congress, their local government commissioners or school officials.

“What characteristics do the people with the most power have?” I’d ask.

I’d write Rich/Poor in the columns, then prompt the group to name more characteristics, such as Men/Women, White/People of Color, Adults/Children. I’d laughed when kids said adults have the most social power in the slim margin between ages 21 and 35, because by that point I’d already moved into my 30s. We’d add as many additional identities as we could think of, traits that had to do with housing, employment, education, ethnicities, religions, physical and mental abilities, and the like.

Then I’d explain to my groups that there are two kinds of power:

“Why do the people on one side of the chart do mean things to people on the other side?” I’d ask.

“To keep their power,” a kid would yell out.

“Or because they’re afraid of losing their power,” another often would add.

Then I’d ask groups to nod or raise their hands in acknowledgment if they noticed they personally held identities or characteristics on both sides of the chart. Everyone would nod. I facilitated this exercise hundreds of times, and every time, every single person, youth or adult, acknowledged they held identities that had both more and less social power.

As I facilitated smaller ongoing educational groups and listened to people talk about their lives, I heard stories that broke my heart, and I saw how the compounding of hard experiences led people to believe they had no choices. I saw a lot of people, usually young girls, act out because of their belief they had no social power. I started asking groups to do writing exercises to tell their stories because I agreed with Freire that words have real power.

What I really wanted to do was help people use their words to rewrite the story of their lives, to find their power of choice.

I furthered my education to teach literature and writing at the local community college. I commuted 75 miles twice a week to go to graduate school, living on student loans and working at a cafe nearby.

After graduation, I worked up to five jobs at once: at the women’s resource center, as an adjunct English instructor, a freelance writer and newspaper delivery driver for a community newspaper, and sometimes a barista. Having many jobs at once is not uncommon in rural counties. I never thought about any of those jobs adding up to a career, because not one of them on their own would let me eat and pay rent where I lived.

But I loved where I lived. My partner and I got married. We had a great community of friends. For a long time, having no real career and a pieced-together income was OK with me. But then, my partner and I had a baby.

I became a mother. Watching my child learn to communicate, first through sign language and then through words, I saw more than ever how language creates our reality, and how much nourishing words like “I love you” matter.

I also saw how much money it takes to rear just one kid in our society. And this is where my identity as a straight-passing woman within the heteronormative, patriarchal, white supremacist, capitalistic society comes in: My family could have enough with me working just one low-paying part-time job as an English instructor so I could stay home most of the time with our kid.

I saw over and over how identities, power, privilege, oppression and choices intersect.

Many of the writing students I taught were single moms, sometimes they were the kids I used to teach violence-prevention classes to. I saw over and over how identities, power, privilege, oppression and choices intersect.

As I finally paid off my graduate school loans and our daughter started kindergarten, my spouse’s business, dependent on natural resources, took a sharp decline. When he was offered a job in the city working to protect those resources, he took it. For a year we lived apart, but that was an emotional strain, so I moved away from the beloved rural community where we’d been for 26 years.

The women’s resource center threw me a party, I switched to teaching online-only classes, and we moved into a rental house in an unfamiliar town where our daughter started first grade. Five months later, after I’d spent 16 years of precarious but steady employment as an adjunct, the college didn’t renew my contract. In half a year, I’d lost both my long-term jobs. My sense of myself as a competent working woman plummeted. I scraped up some freelance writing and editing money, but the cost of living in the city for our whole family was too expensive for me to not find a steadier job.

I went to interview after interview for teaching jobs, social work positions, whatever I could get while also freelancing and doing most of the household work and child rearing.

Deep down, I bought into the belief that I was "less than" because I'd never brought home enough bacon to fry it up in the pan.

Looking squarely at my path, I saw I’d done violence to myself. Deep down, I bought into the belief that I was “less than” because I’d never brought home enough bacon to fry it up in the pan. I was still falling between June and Janis, still believing I could and should do it all.

Gen Xers’ tag word is “whatever,'' born from a belief, having grown up under the Cold War nuclear bomb threat, that we’re doomed. I had to admit my own doomed belief: Because I hadn’t made enough money or had a clear career trajectory, the jobs and work I’d done did not matter. For all my years of educating others about more power and less power and making our own choices, I’d oppressed myself by swallowing the hetero-patriarchal white supremacist capitalistic Kool Aid. I should have known better. And now that I did, I had a choice to make.

The intervening years have shone the spotlight for many more people about how the inequities of our industrial institutions and systems benefit only a handful of powerful people at the very top while destroying the living conditions of our planet, that many of us, more and more each day, are vulnerable to. To the outside world, my value as a worker is likely to be perceived as even more diminished because I’m now way past 35. I still don’t have one single job that can pay the mortgage and buy our food, but at least I know I’m not the one who’s skewed.

I finally understand job, career and money are not as important as my Work with the capital W. I am a violence-prevention educator; an encourager of true, painful, important stories; a grateful mother, spouse, friend and woman imperfectly surfing the third wave of feminism to decolonize myself and reimagine how to actually take care of each other and our shared earthly home.

My identity as a woman has affected my job, career and money because they have all been born from the most true, transformative, nourishing word, the only word that cannot be capitalized upon, monetized, promoted, propagandized, micro-managed, starved, beaten or otherwise oppressed, the word I have Worked for since the day I saw how laughing with kids while talking about violence was as easy as applying red matte lipstick. And that word, one of the most powerful in the English language, the only word I actually want to create my reality, is love.

Nancy Slavin’s poetry and prose can be found in Monologging, Vortex Magazine, Dame Magazine, The Manifest Station, Barrelhouse, Literary Mama and Hip Mama, among others. Nancy is an editor, writer and founder of her county's SURJ chapter, south of Portland, Oregon, where she lives with her family.

Image by Andrea Piacquadio via Pexels.