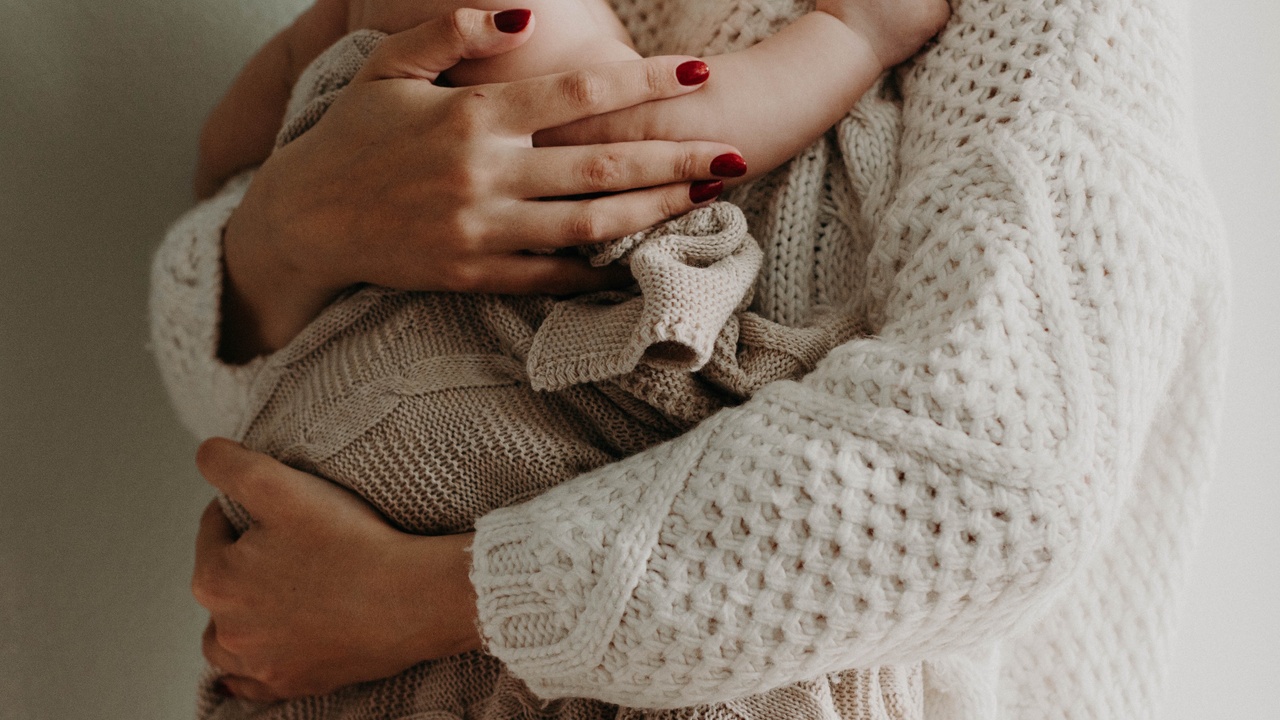 A few months ago, I was scrolling through a news website on my lunch break at work. COVID-19 was once again wreaking havoc in our city, and I was waiting on news of a pending lockdown. Instead, what caught my eye was a little square in the bottom corner of the website. A calculator to help you figure out how much unpaid work you do each week. Interesting…

Several years before, I wouldn’t have looked twice. I’d been one of the lucky ones: in a relationship where I was an equal. My husband and I had both worked full time, and shared the domestic duties. I would do the cooking and laundry; he would do the dishes and vacuuming. I’d go to the supermarket to buy the week’s groceries, and he’d clean the bathrooms. It was fair, and as far as I was concerned, that’s exactly how it should have been.

Five mornings a week, I would catch the train to the city and work all day before catching the train back home. I didn’t love the job, but it had paid the bills. On weekends, I would enjoy my modest disposable income on frivolous activities like brunch or thrift store shopping. I didn’t know what other women were complaining about. I was an educated woman who worked equally alongside men, earned her own money and split the home duties with her husband.

I still had my job and my education and my equal marriage, but I was infertile.

The first hit came when we decided to start a family and found my ovaries were defective. I still had my job and my education and my equal marriage, but I was infertile. I spent months questioning myself: When did my body give up on me and let me down as a woman? A chunk of our money was redirected to fertility treatment. This proud, independent woman had to spend thousands of dollars to see a male doctor so he could tell her what was "wrong" with her body and what options she had to "fix" it.

I did eventually fall pregnant. By the time I was six weeks pregnant, I was brutally sick, and the clinical depression I’d already been living with for half my life had intensified. The severe illness forced me to tell my employer about the pregnancy earlier than I'd have liked. The instant change of demeanor in my direct supervisor should have been an omen of what was to come.

Over the following months, I called in sick more often than not and quickly ran out of paid sick leave. I was in a very busy, high-pressure job, but one that had the flexibility to work from home when necessary. My OBGYN recommended I work from home so I could avoid the train trip that made me so sick. Management gave me the option to either come into the office or take unpaid leave. The sad thing was that the directive came from a male manager, one who had a wife and daughter of his own.

A few months later came the next hit. A few weeks after making an official complaint against the managers who were bullying me because I was pregnant, I lost my job. I was made redundant due to “budget cuts.” I questioned whether the timing of those budget cuts was a little suspicious, and I was assured a little too quickly that it was a total coincidence.

No one wanted to hire a woman who’d soon be off on maternity leave, so I found myself staring down the barrel of one of my greatest fears.

I lost my job a few weeks before I would have qualified for government paid parental leave, which we were relying on to help us afford both our new house and our new baby. No one wanted to hire a woman who’d soon be off on maternity leave, so I found myself staring down the barrel of one of my greatest fears: For the first time in my adult life, I’d have to be completely financially dependent on my husband.

I was now an unemployed pregnant woman. I would have to become a full-time stay-at-home mum until I could find a new job. I'd be a dinner-maker, dish-washer, nappy-changer, milk-preparer, house-cleaner, clothing-ironer.

Our son was born on a hot summer evening and threw us our next curveball. Despite comprehensive prenatal testing, he surprised us by being born with not one, but two rare medical conditions. Our sweet boy spent the first seven weeks of his life living in the NICU, and I spent all day, every day, by his side.

When we finally took him home, he’d undergone the first of several operations he’d need, and would rely on a feeding tube for the next several months. That meant he needed 24/7 care — which meant my hopes of rediscovering my career, my financial independence and my identity were dashed again.

I became my son’s full-time carer for the 12 months after he was born. I worked around the clock to look after him, and barely slept. He needed to be fed through his tube every three hours. One false move meant the milk could flood his lungs and kill him. Even if I could have found a job, I still couldn’t have left him with a sitter.

Getting back into the workplace after having a child is a rough experience. It’s nerve-wracking, humiliating, demeaning. Most women, myself included, opt to ease themselves back into things, starting back a few days a week. When you have a job to return to, that’s usually simple enough to negotiate — even if it means you’re not getting paid anywhere near as much, and, as a result, not earning anywhere near as much to contribute to your retirement.

Despite some excellent qualifications, all I could see was a glaring hole from my enforced maternity leave.

But I didn't have a job to return to, so I was in for a real treat. I spent hours combing the job ads, trying in vain to find something close to home with flexible hours. Then I had to apply for those jobs. I can't remember how many I applied for, but it was in the dozens.

Part of the job application process inevitably involved sending out my CV. Despite some excellent qualifications, all I could see was a glaring hole from when I was on my enforced maternity leave, and in my eyes, it dulled any glimmer my extensive experience might have had.

Dozens of applications later, I landed a job interview. It’d been well over a year since I'd last worked, so my next challenge was finding clothing that was a) professional and respectable, and b) hid my after-baby body, because I was terrified to turn up to an interview looking anything like a woman who had recently had a baby.

My final step in preparing for my interview was asking Google what type of questions I might expect trying to get back into the workforce after having a child. Instead of dealing with the usual "How do you see yourself progressing in the organization?" and "What skills can you bring to the table?" apparently I was going to have to prepare to answer questions like, "So, when is baby No. 2 coming along?" and "Do you think you'll need a lot of time off if your kid gets sick?" and "Would you intend to take time off work every time your child is on school holidays?"

After all the bad luck, I finally caught a break. After dozens of applications, I landed a new job and started working again when my son was 12 months old. One day each week, he went into day care, and I went to work.

I was working in and for the local community instead of a big, greedy, corporation. I had a supportive and understanding manager. I was part of a diverse team where everyone was equal. Men, women, trans, single, married, with kids, without, in their 60s, in their 20s, mixed race, multilingual; it didn't matter.

I wasn't working many hours to start off with. I was still a stay-at-home-mum more often than not, and I wasn’t earning a lot of money. But I was finally cultivating an identity that was my own, and I was finally earning my own money again.

It’s on a lunch break at that new job that I stumbled on the domestic work calculator.

So much had changed for me over the past few years, and I wondered how those changes might be quantified. I opened the link and followed the prompts. The results were horrifying. On top of working 16 to 20 hours per week in paid employment, I was doing approximately 12 hours of housework and a staggering 85 hours of child care, amounting to an obscene AU$3,043 of unpaid labor per week.

The scariest thing was that the calculation doesn’t include any of the invisible, mental load. The remembering of birthdays and gifts, scheduling appointments, planning dinner, making sure we have nappies… No wonder a leisurely brunch has become a thing of the past!

The article attached to the calculator painted a pretty bleak picture. It cited a study that showed approximately 64% of a woman’s work is unpaid, which would be like working a full-time Monday-through-Friday job, but only being paid until 3 p.m. on Tuesday. This calculator and article showed how devalued our work as parents has become. And, like it or not, in a heterosexual relationship, it is usually the woman who stays home with the child while the man returns to work.

I often wonder how different it would be had my husband and I remained childless.

I often wonder how different it would be had my husband and I remained childless. I also wonder why women are indirectly but obviously punished for choosing to become mothers, when men face none of the same discrimination or hardships when they become fathers.

I’m one of the lucky ones. I have a strong support network, and I learned what responsible money management looked like at a young age. Even so, I’m not immune. I'll still retire with less money than my husband, I'll still be behind in my career and, because of that, I'll still struggle with my identity and worth.

Millennials are in the fortunate and difficult position of being a generation that can affect change. We have the knowledge, the platform and the responsibility to educate others.

In terms of my career and finances, my identity as a woman has cost me more than I ever imagined. But it's also given me greater insight and ability to help other women than I ever thought possible. Now, brunch...

Image by Kristina Paukshtite via Pexels.