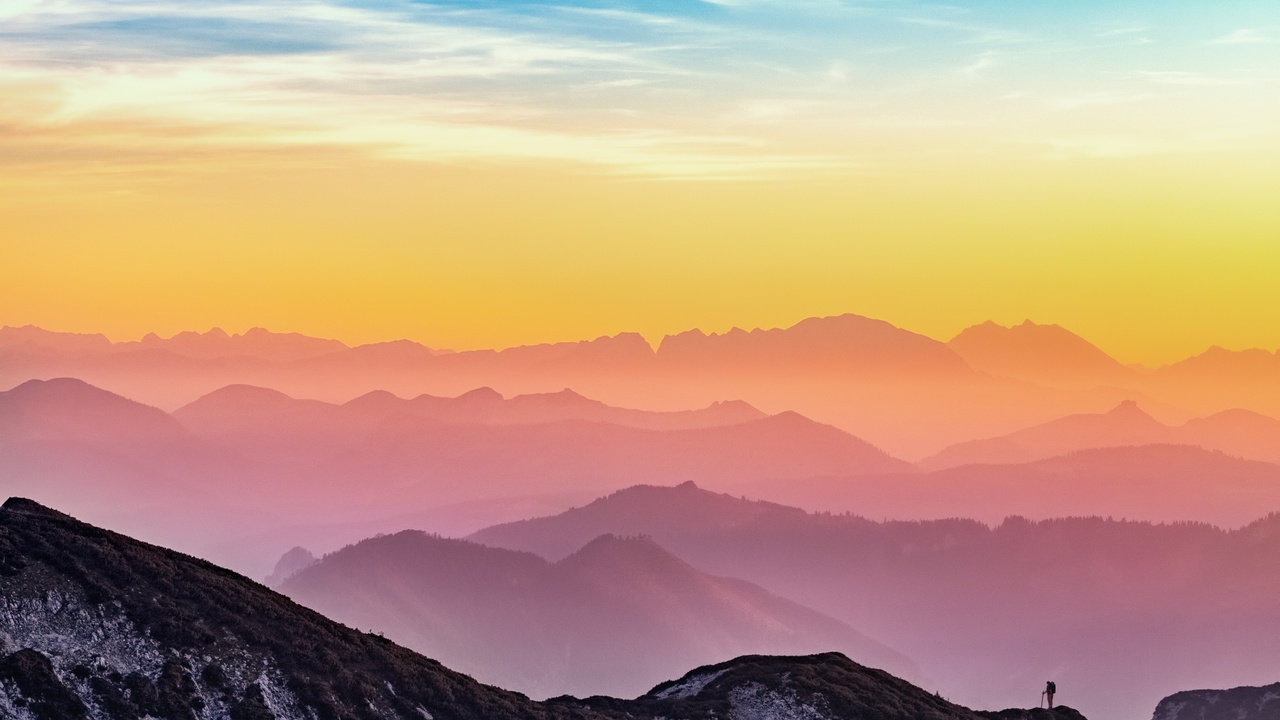 It was a Monday in March of 2020 when I saw the news build up about what was going on with COVID-19.

I was a hybrid remote worker, working for a fintech company in St. Louis, Missouri. I was on my way to work, feeling resentful that we still had to come into the office when so many offices had already shut down.

When I walked into work, half of the employees that would usually fill the main areas and hallways were already gone. By noon, they sent the rest of us home to work remotely indefinitely.

My wife had just started a new position that required her to go in every day. This was during those first two weeks when you couldn’t even be out on the road in our area. It was a total lockdown. Cops required permission slips from employers if they saw you out on the road. V for Vendetta type stuff.

Then we were blindsided and down to one income stream when my wife lost her job in the middle of the pandemic.

We’d discussed moving to the Olympic Peninsula in Washington state for a couple of years after we fell in love with the area. Now we had this strange opening in our lives to try to pull it off.

So we took it.

How we decided to move 2,100 miles cross country during a pandemic

Washington is a high cost of living state compared to Missouri. We were coming from one of the lowest cost of living areas in the United States — the Midwest — and moving to one of the highest, the west coast. But we had an opening, and we decided to take it.

I had multiple side hustles and passive income streams to fall back on for extra financial security. Those multiple income streams, along with $30,000 in savings, gave us enough financial backing to get out there.

Many people in our lives didn’t understand why we were doing it. Now, almost two years later, we’re still here and loving every minute of it.

When we decided we wanted to make this move happen as soon as possible, we started obsessing over house listings on Zillow and meeting virtually with real estate agents. We had to do some shopping around and flew to the area twice to look at houses on the Kitsap peninsula between Seattle and the larger Olympic Peninsula.

The real estate market in Tacoma, Seattle, the peninsula and surrounding areas was so hot, and every week prices were skyrocketing. People were putting cash offers on houses left and right that were as much as $50,000 over asking price. The market seemed impossible to enter, despite our fortunate position with savings and income.

As I saw those prices rise every day, I knew we had to act faster. I found a local credit union to get preapproved for a mortgage, and it linked us up with a great real estate broker. On our last trip to the Kitsap peninsula to look at houses, a surprise house came on the market. It fell within our budget and ended up being perfect for us, with no offers yet.

We were looking to spend under $300,000, which is impossible to find now in the area.

Our house in St. Louis sold for $110,000, so it was quite the jump in housing costs for us, but it was a jump we were prepared for.

By working with a broker linked to the credit union, we got a $2,000 discount on closing costs. We put $15,000 down on the house, and our monthly payments fell at around $1,500, which was quite the spike compared to the $700 a month we’d been paying on our Missouri house.

As much as I would have loved to rent, I like space that I have full control over — and we have five cats and two dogs, so you can imagine how quickly that rental application would get shut down.

Plus, now we had the perfect home base for road trips down the Pacific Coast Highway, up to Vancouver Island and the San Juan Islands, a drive up through Canada, a trip east to Idaho and Montana, or a boat trip up to Alaska. All the amazing trips we wanted more of, we would now get to do.

Moving to a state that respects our identities

We felt a strong pull to this new area. It’s beautiful and supports our passions like hiking and exploring. It’s a hop and a skip up to Vancouver Island, British Columbia in Canada — where we ultimately want to buy land and live out our cute, queer, retired lives with tons of animals and a mini farm.

We also wanted to move because the state of Washington and this area of the country support our rights and identities more than Missouri does.

I am nonbinary, and my wife is a trans woman. In Missouri, you can’t legally change gender markers on your driver’s license, birth certificate or any legal identifying documents without medical documentation showing completion of gender affirming surgery.

This is a ridiculous requirement and one we refuse to accept. So we moved to a state that openly accepts us and has laws in place to protect us from discrimination for being queer and trans, in the event that we lose even more federal rights (which, based on the actions of the U.S. Supreme Court, isn’t looking so good).

How we changed gender markers on our I.D.s in Washington

When we strolled into a Washington state DMV to change our gender markers, we were thrilled that it took only five minutes to:

Then we went on our merry way.

And that, folks, is the way states should do business.

Relocating is a privilege

Yes, we were able to move 2,100 miles to the west coast entirely because of privilege and luck. But it took us more than half a year to pull it off. We started in May 2020 and were moved into our house in Washington by December 2020.

If I didn’t have a job that paid me well and allowed me to become permanently remote, it would’ve taken us much longer to reach that goal. But when I tell you that if you get any sort of opening to live in an area that respects your identity and values, hear me and take it — privilege or not.

If you want to make a move like this and don’t know where to start, start with this LGBTQ relocation kit from LesbianRealEstate.com.

Many people might’ve seen what we did as foolish financially, but we see it differently. We empowered ourselves financially with this decision. When our rights are challenged, so are our financial rights.

Plus, no decision is foolish when it's for your quality of life.

What is money for if you don’t use it to live the life you want?

Daniella Flores is a queer, nonbinary and Latine software engineer, freelance writer and creator of I Like to Dabble, a free money, career and side hustle resource platform for neurodivergents and LGBTQ+ folks. They’ve been featured on SLATE, Investopedia, Business Insider, CNBC, MSN, LA Times and more.

Image by Simon Berger via Pexels