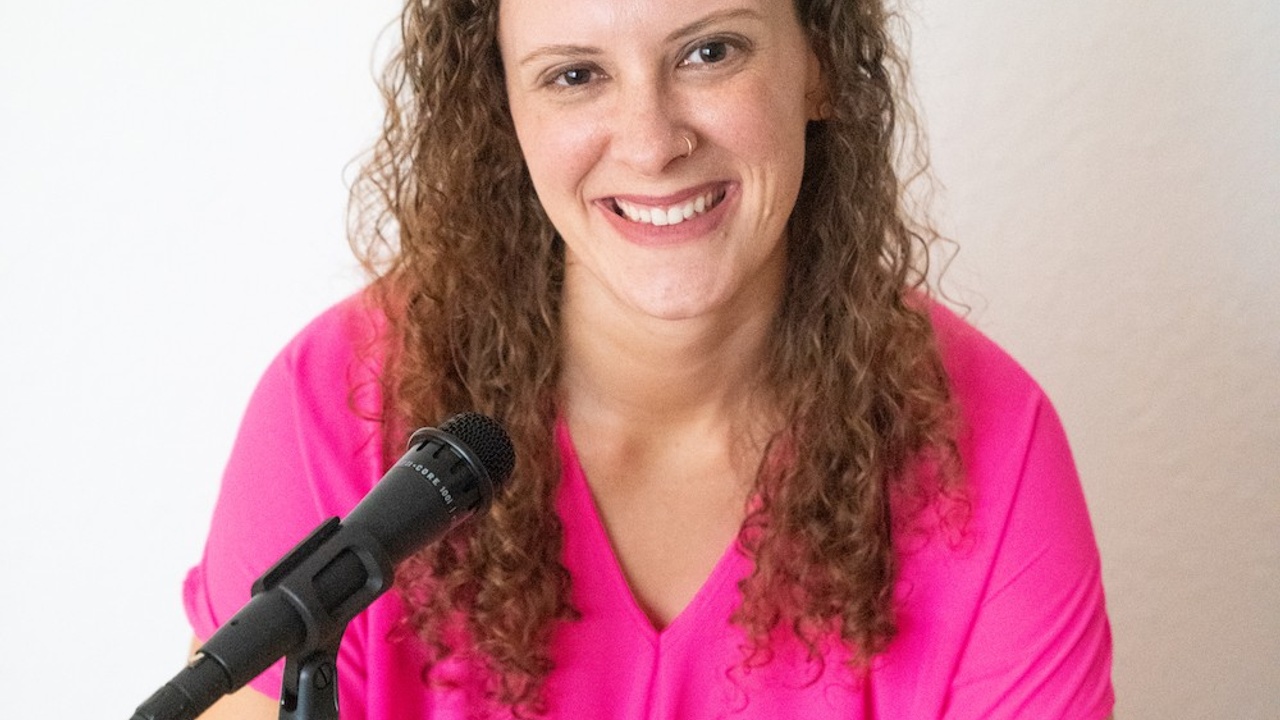 But there’s a major problem with being extreme: It’s not sustainable.

That’s why Jen Smith, personal finance expert and the co-host of Frugal Friends Podcast, flips the idea of frugality on its head.

On an episode of the Healthy Rich podcast, Jen talks about paying off $78,000 in debt and discusses her renewed views on saving money. She also shares her take on Dave Ramsey and the trendy FIRE movement.

Big life events often spark conversations about money. For Jen, it was marriage.

“We realized if we sacrifice some things upfront, we could have a lot more freedom down the road,” she says.

She began researching ways to pay off debt, but every tactic was extreme. Jen, with her self-described all-or-nothing personality, got sucked into the narrative.

For two months, she worked as many side hustles as she could — before she went to work, on her lunch break, after work, until she fell asleep. But then the stress manifested itself into a case of shingles.

The loudest voice in the room

During Jen’s debt-payoff journey, she began tuning into the loudest voice in personal finance at the time: Dave Ramsey. She read Total Money Makeover and got hooked on his simple seven-step plan and the success stories.

“I clung to these two things — the simplicity and the motivation — for a lot longer than I should have because I didn’t know that there was anything else out there,” she says.

But as she began blogging about her journey and connected with other personal finance voices, she began taking issue with Ramsey’s approach.

She realized his famous “Baby Steps,” which originated in the early ’90s when the internet wasn’t so accessible, and there was less regulation on financial services and still a solid middle class, were outdated. For instance, the first step is “Save $1,000 for your starter emergency fund.” Spoiler: $1,000 in the ’90s is now more like $2,000 thanks to inflation, Jen explains.

She also noticed his unhealthy shame- and guilt-based tactics. Sure, they can be powerful, but they’re not healthy.

“I had a friend say she was listening to Dave Ramsey [in the car], and her child in the backseat was like, ‘Why is this man so mean to people?’ That was it for me,” Jen says. (She later recorded a podcast episode that digs this topic.)

In the beginning, she admits it was helpful to attach herself to a concrete plan — she got her footing — but after a few months, she started figuring out what she calls her “radical middle.”

Fighting back against extreme ideas

Jen shifted her focus to frugality — but this time, her tactics were less extreme. That’s when she landed on her “radical middle.”

“The radical middle takes longer, but it gets you to the end with fewer scars than the other method,” Jen says. “We're OK taking the long way around if it gets us to the end in a better place.”

Jen found success taking part in no-spend challenges for one month at a time. This approach, which she later wrote a book about, helped her understand what she really values. She calls this values-based spending — spending without guilt on the things you love and eliminating the things you don’t care about.

“You have to start figuring out, ‘OK, what's my radical middle? What works for me, my family, the season I'm in in life?’ Because what may have worked for you six months ago may not work for you today,” she explains. “You really have to start developing your own sense of self in your personal finance journey.”

By focusing on this new, less extreme approach to frugality, Jen and her husband paid off their debt in less than two years.

Up next: Putting out the FIRE

After paying off their debt, Jen experienced what she calls a debt payoff hangover. It’s just like an alcohol-induced hangover — sometimes you have to drink to make the pain go away. For her, that meant jumping on the FIRE movement (Financial Independence/Retire Early).

For about a year, she maxed out her 401(k) — contributing so much her company’s HR department checked in to make sure her contributions were accurate. But then another big life event hit: She got laid off eight weeks before giving birth. She was forced to reevaluate.

Jen realized she’d just been saving for saving’s sake. She hadn’t figured out her “why.” Why was she saving for early retirement? She didn’t want to stop working. She loves it.

“That was very much the catalyst for me — re-examining the FIRE movement and looking at it with renewed eyes,” she says. “I see a lot of people in there just to have another idol to worship, just to have something to do, something to say that makes them better than other people or to have a goal to work toward.”

Now, Jen finds the idea of financial independence selfish. It means you’re independent from other people when, in reality, community capital is incredibly valuable. When your leaf blower dies, isn’t it nice to borrow one from the neighbor? Or when you need a last-minute babysitter, isn’t it nice to lean on a close friend? Without community capital, that wouldn’t exist.

Now, she describes her family as financially secure — and that’s all she wants with money.

“Money is only a tool to get you the things you want,” she says. “Money is not the thing you want — to have stacks of cash in your hand or a number in a bank account. It’s what it gives you… security.”

This article is based on an episode of the Healthy Rich Podcast, conversations with leaders and creators in the personal finance industry and beyond to discover steps we can take to bring inclusive, budget-free financial education to more people. Subscribe wherever you listen to podcasts!

Carson Kohler has been writing for the web since 2016. Based in Arlington, Virginia, she is currently a writer at a national news organization.