I Know Better Now: What Kimberly Latrice Jones Taught Me about Black Finance 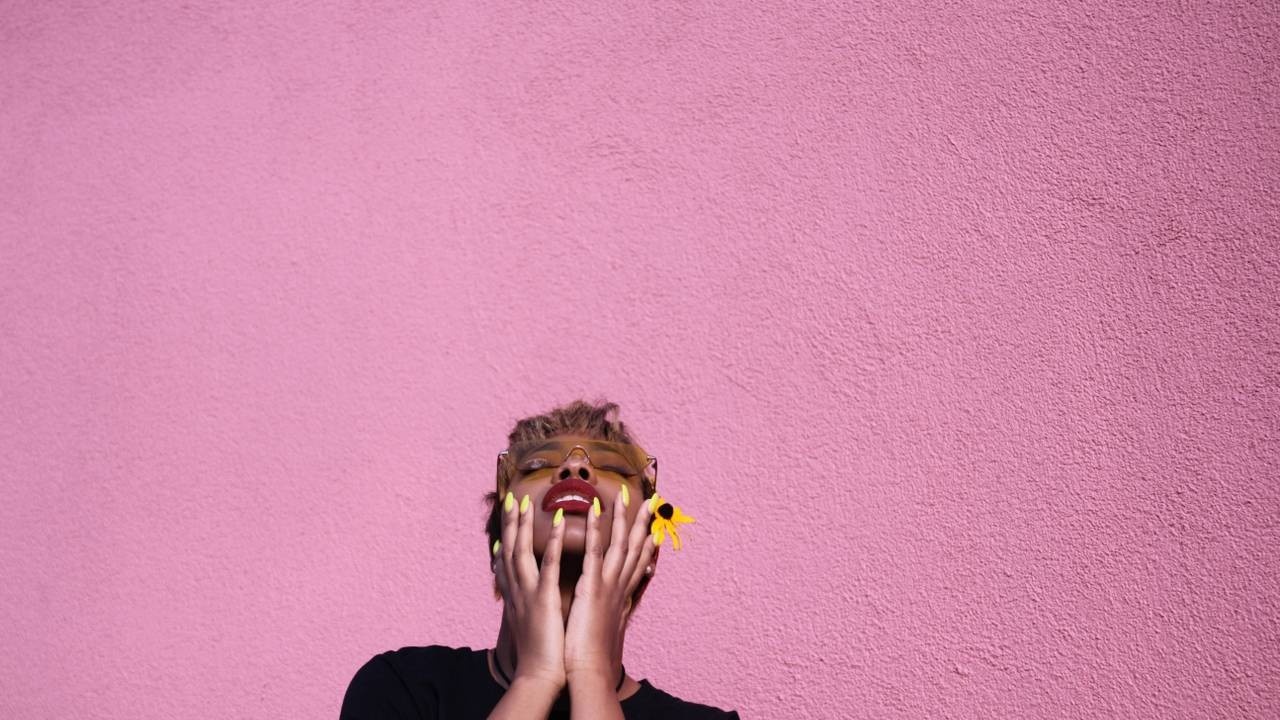 I’ve always felt some inherent shame making career choices, finding job opportunities and even trying to get money to pay the most basic bills.

I understood intellectually that the circumstance I was born under made being taken seriously difficult to begin with. Mine is a familiar story: poor, never having a father, growing up on the streets. And I lost my mother before reaching my 12th birthday. Circumstances that made simple things like graduating from high school some grand accomplishment in my neighborhood.

But the lie always told to me was: If you work hard and choose wisely, you too will be successful. Pull yourself up by your bootstraps. Believe in yourself. Have faith.

Watching people, primarily White people, celebrate my "surviving the streets" as some big deal has made me very resentful.

We’ve all heard the cliches, always ending with some version of: You’re not being grateful enough. As if being grateful had something to do with being successful! Trust me, poor folk are the most grateful people on the planet. Give someone $100 who barely has enough to get by, and watch that joy, that grace, that love of the extra cash!

Don’t talk to me about gratitude when we’re talking about basic necessities. There is no quid pro quo. Being grateful has nothing to do with your success. And I love Oprah like everyone else, and gratefulness is a thing we should all be and practice, like having good manners; but being grateful has nothing to do with getting what you want in life. It’s just not true.

Watching people, primarily White people, celebrate my “surviving the streets” as some big deal has made me very resentful. Quietly resentful — of course — but offended, nonetheless. I had bigger dreams, goals I wanted to meet and choices I wanted to make, but people liked the story of the kid who “made it” through gangs, poverty and homelessness.

Why didn’t they ever pay attention to why any of that occurred in the first place? Why did so many get left behind? Why did so many of us fall through the cracks? And the real question: Why, when doing everything right and pulling yourself up by your bootstraps, is it still so hard to succeed as a person of color?

Why, when doing everything right and pulling yourself up by your bootstraps, is it still so hard to succeed as a person of color?

I was confused for so long. I worked hard. I made the right choices. I stayed out of trouble growing up. I was a “good girl.” Yet, getting loans or capital of any kind or even simple things like a business checking account were out of reach.

I had to pursue a payday loan just to buy a used car, even while working for a wealthy client. I helped this client fix his credit rating — which was far lower than mine. I did all the paperwork to land him a business loan, wrote most of the business proposal; and when he was approved within two days, I even walked to the bank to pick up and deposit the check for him. He’d been approved for a revolving credit line of $150,000.

I cried that day. I cried because I didn’t understand why I couldn’t get a mere $10,000 loan to start my own business. Why didn’t I get the same consideration or opportunity he did when I’d done everything for him?

It was my writing in that business proposal. It was my bookkeeping and budgeting. My skills using Excel that made the proposal pop. My calling TransUnion, Experian and Equifax to fix issues on his credit report. It was all my work that got him that credit line; why was my personal application rejected?

Why didn't I get the same consideration or opportunity he did when I'd done everything for him?

The sadness. The depression. The helplessness — all of it is real. You beat yourself up for not being a better person. You overanalyze every single mistake you might have made, and you worry yourself sick over the rejection. The humiliation of not being approved for anything ever is so stressful, so heart-wrenching.

In 2000, I was so miserable after being rejected once again for a small personal loan through the bank I’d had a checking account with for years, I called a friend crying.

They thought they were being helpful when they said, “It’s only money. But I am worried about you. I think you might have an unhealthy emotional attachment to money. Maybe you should get some help?”

I struggled years later with that thinking — that, again, I was the problem. That somehow I’d formed some unhealthy idea about money because I wanted it too much. That I was still not doing something right...

Finally, someone was explaining to me "the why."

Then George Floyd was murdered by police. Among all the protests and our collective, familiar anger, I saw “How Can We Win,” the viral video by Kimberly Latrice Jones.

To say that my heart sank to varying levels watching this video several times does not do it justice. Finally, Jones was explaining to me “the why.”

I had never known about Tulsa.

I had never known about Rosewood.

I had never fully understood what it meant to have generational wealth. Generational property.

I hadn’t realized the “game is fixed.”

If I’m being honest, I hadn’t realized we were even playing a game...

It changed my identity as a Black woman when it comes to money and career opportunities.

It is not my fault the system is broken.

I now understand that you can work hard and make the right choices, and still be denied the basics because of the color of your skin. I clearly see that because I have no legacy, because I have no generational anything, I will be denied most every opportunity afforded to people who are White. I see all of that now. Clearly.

I have done nothing wrong.

It is not my fault the system is broken.

It is not my fault I do not have generational wealth or property.

It is not my fault that working hard and making the right choices are not enough.

Now that I know we're playing a game, I'm learning how to play it.

And now that I know we’re playing a game, I’m learning how to play it. I’m understanding the game with all the pieces to the puzzle in hand. I will no longer work harder than everyone else. I will work smarter. I will support Black businesses, Black banks, Black and Brown everything, so we can start again to provide that generational everything.

And that’s my goal now. To teach people what not to do when it comes to making choices about finances and careers.

When you know better, you do better.

I know better now, and I’m working to pass it on.

Carmen Lezeth Suarez is a published author, speaker, advisor and writer who also focuses on financial and organizational management for start-ups, small businesses, non-profits and individuals.

Photo by nappy via Pexels.

40 Women in Personal Finance We Can’t Get Enough of in 2022
Blackness + Money: It's Complicated
“I Want to Be Rich When I Grow Up” — The Expectations on a Black Immigrant Girl
Subscribe